Cats Around the World 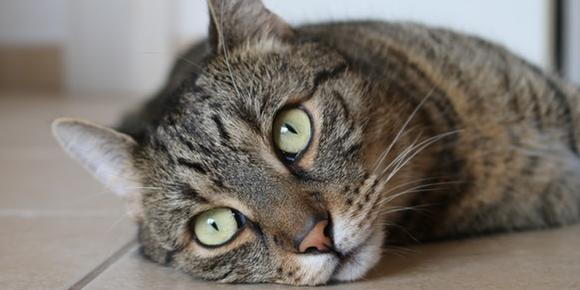 International Cat Day is coming up on August 8 and it's the purr-fect time to share about cats around the world. We're feline like cats don't always get enough attention, so let's get to talking about them right meow!

Cats won’t let us forget that they were once worshiped for their mysterious ways. For centuries felines have been both exalted and persecuted, thanks to popular tales of lucky kitties, ancient gods and holy companions.

LUCKY CATS.
Buddhist, Burmese and Siamese cultures believed that cats acted as hosts for certain holy human souls after death. These select souls would inhabit the felines for the rest of their natural lives, thus allowing the departed soul to gain access to Paradise.

In ancient Japan, cats were revered and kept in pagodas, where they guarded over priceless manuscripts. Felines were considered so precious in the 10th century, in fact, that only members of the nobility could actually own them.

During the Middle Ages, people believed that if a black cat crossed your path or home, it was a sign of good luck. But this lofty feline status also had its downside: Sacrificial cats were commonplace — they were burned to guard against witches, and kittens were entombed in foundations to protect against rats.

According to French folklore, a strange white cat mewing on your doorstep foretells a speedy marriage. In southern England, it’s the black cat who’s a lucky wedding gift. If the feline sneezes within the bride’s earshot on her wedding day, good tidings will come her way. Just don’t step on the cat’s tail — unless you don’t want to marry that year!

GODLY CATS
The ancient Egyptians adopted the lion, the leopard and the cat as symbols of power and virility. But Mesopotamian cultures elevated the feline to god status. A city by the Nile delta, Bubastis, once worshipped a cat-headed goddess named Bast or Pasht, who was associated with happiness, pleasure, dancing and the warmth of the sun.

In China, Li Chou was a feline fertility god who received sacrifices at the end of the harvest, while ancient India’s cat goddess, Sastht, was a deity of maternity.

Early Europeans also had their feline icons: In Ireland, a cat-headed god was idolized during the 1st century, and a huge black feline named Iruscan — the “King of the Cats” — figured in Irish folklore.

Freya, the Viking goddess of love and beauty, even rode in a chariot drawn by “the most affectionate of all domestic animals, the cat.” The goddess was given power over the “ninth world,” which some historians speculate may allude to the supposed nine lives that cats are granted.

THEY CAN PREDICT THE WEATHER.
It’s said in England that a cat who claws at the curtains or the carpets is predicting windy weather, and the Welsh believed rain was coming when a cat’s pupil broadened. Rain is also foretold if a cat busily washes its ears. As well, if a cat continually looks out a window on any day, rain is on the way, and some say that when a cat sleeps with all four paws tucked under its body, it will rain. A rainstorm is coming if the cat sleeps on its back too. Basically, if a cat does anything, it’s gonna rain.

THEY’RE JUST MYSTICAL BEINGS IN GENERAL.
In many cultures, cats are considered mystic creatures. Egyptians considered them deities, and killing a cat was punishable by death. When a family cat passed on, the whole clan went into mourning. Meanwhile, up north, every Norwegian Forest Cat is supposedly thought to be either a fairy or a goblin in disguise—and the difference can be ascertained if you stare into their eyes. It's said the cat's eyes act as windows to the fairy world (or goblin world, which are possibly the same world), and if you peer through them, you can see visions of the magical realm beyond.