What Is Your Dog's Real Age? 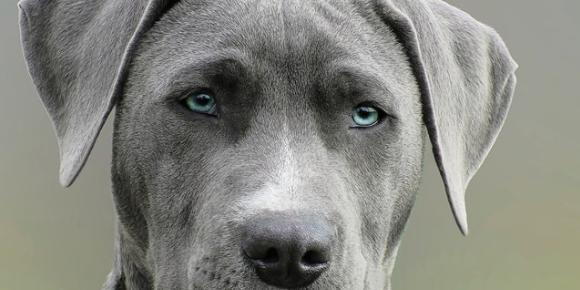 We have all heard the myth that 1 dog year is equal to 7 human years. But is that really true? One new study is debunking this myth and may help you to finally determine how old your dog really is.

A new study by researchers at the University of California San Diego School of Medicine, which was recently published in the Cell Systems journal, has found this practice won't give you your pooch's true age because dogs age differently than humans.

The researchers have come up with a new equation that "more accurately compares the ages of humans and dogs" because it is "based on the changing patterns of methyl groups in dog and human genomes — how many of these chemical tags and where they’re located — as they age.

Using blood samples from 105 different Labrador retrievers of varying ages, the study's researchers mapped how the patterns of the canines' methyl groups shifted as they aged. This new research allowed the study to create a graph that can be used to match up the age of your dog with the comparable human age, and the comparison is not 1:7."

When you view the graph, it shows a visual formula for dog-human age comparison, for all dog owners to use to help determine their dog's physiological age. All you need to do is find your dog's age on the bottom axis and trace your finger straight up to the red line to get your pup's age in human years.

While this formula may not be perfect, especially since they used only one breed of dog, it still gives us hope that this new formula is a step in the right direction of determining the age of your dog and what kind of care and treatment they may need in each age group.