How to Tell What Your Dog Is Thinking? 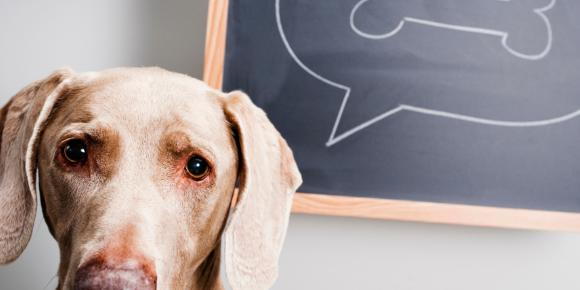 Did you know that barking is a form of communication dogs use just for humans? Wolves and wild dogs don't often communicate by barking in the wild. When your dog is barking at you, there are many things they are telling to tell you, but how do you actually know what they are thinking?

Take a cue from their body language to make chatting with your four-legged friend a little easier.

Eyes Open Wide, On You
Your dog is looking for your attention. With his ears perked up and mouth relaxed, it’s likely he’s in a good mood and just wants something from you – maybe a treats or a scratch behind the ears!

Yawning
This seems like a no-brainer, but a dog yawn doesn’t always mean what a human yawn will. Look out for this one when you’re out in public, it could mean your dog is grumpy or uncomfortable and ready to go home. This can also be a sign of anxiety.

Licking His Own Face
If your dog is licking his face, he could feel pressured, nervous, or stressed. Of course, rule out the possibility of their being peanut butter or something equally tasty on his snout!

Tail Lowered, Wagging
Check the speed of your dog’s tail. Think of a slow wag as your dog being on “standby.” He’s not trying to communicate anything past watching you for cues and what to do next. Where are we going? What are we doing next? You’re the boss!

Tail Up, Trembling
We usually associate trembling with fear, but that isn’t always the case with your dog’s tail. Your dog may not be sure who is alpha, here. This could mean that your dog wants to take the lead – it’s not an aggressive challenge, but you may want to assert your authority. Even if your dog wouldn’t hurt a fly, staying in control is important for your dog’s safety and the safety of others.

One Paw Up
He isn’t asking you to shake. This could mean that he needs to ask you for something. When was the last time he was fed? Are there treats out on the counter? Does he need water? He might not be able to tell you exactly what it is, but check that he has the necessities.

Tail Tucked
A tucked tail could mean your dog is scared. Is there an unfamiliar person or dog in the area? Try to remove the source of fear or move your dog away from it. If this is something your dog does frequently, it could mean pain.